I’ve only ever been in hotel rooms with bed bugs twice before, and I never got bites. But then I found out 60% of the population doesn’t react to bed bugs, so I would never know. Because I stayed in the same room as my Mom and she got bit up a lot!

Anyway, I have to go on a search of my crevices and see if I can find any, because I was helpfully told today by a neighbour that she has bedbugs. I am a floor up and a unit over from her suite (I think) but that doesn’t matter because we share the stairwell walls and anyway, I gotta fix up my place with diatomaceous earth in case the little fuckers scatter when she sprays in there.

Oddly enough my Mom told me today that my other cousin’s stuff she had been keeping in the garage was FILLED with bedbug carcasses when my OTHER cousin went to check it out for some laundry to wash for him.

So neither of us has bed bugs yet, just the looming threat. (Her garage is not attached) I’m hoping I get paid tomorrow so I can go to the hardware store and buy this magic dirt that someone told me makes them explode.

Someone told me to vacuum a lot, but I don’t have a vacuum. So that’s out. I’m not buying a second hand one either. But maybe some artist fee will give me enough to finally buy a vacuum. Another person told me to get a cover for my mattress, which is also a REALLY good idea.

Ahhh geez but also it is still summer, and hot in Toronto, and my windows and back porch door are almost always open. So bed bugs could totally break in and fuck me up still. I mean, if they decided to go outside, move over, and come back in. I am just gonna do my best. I’m lucky I live somewhere that’s on top of it, because they promised to spray anyone’s unit that needs it.

Anyway, tomorrow I’m going to a Town Hall for Pride Toronto because I support Black Lives Matter Toronto and want to bear witness, and I really hope I don’t tear out my hair. The day after is bowling for someone’s birthday, and the day after THAT is a movie with my friend Juli from Berlin! I am trying to see if anyone wants to go with me to the CNE because I can get in free with an escort because I have a disability and am on social right now. Mostly I want to eat crappy midway food, but maybe some not horrible turning upside down rides could be fun too! NO ZIPPER! Gravitron, ferris wheel, The Scrambler and similar are all ok tho! I actually don’t know what rides are at the CNE, I’ve never been. I don’t want to be catapulted into the air either! Ha ha just no fun for anyone! AND ALSO that horrible thing with the swings that goes high in the air and turns, NO WAY! 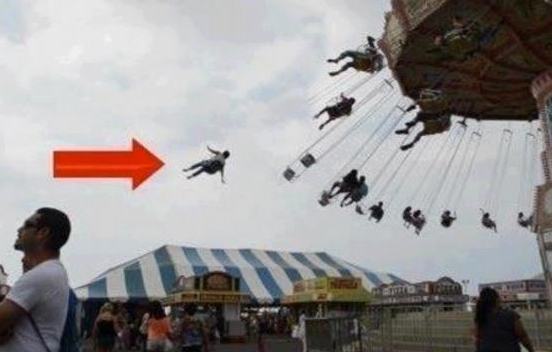 (PS for anyone worried the above image is faked)