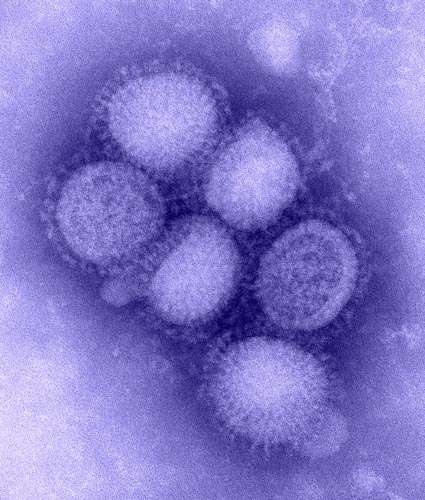 I got my H1N1 shot today, it took me 23 minutes for the entire process, I went with my Grandparents and because I was with them I got to go into the old folks lane and get a needle in my arm within three minutes of walking in the door. Then we had to sit around and wait while watching this giant projection of a middle aged white lady telling us all about the immunization process. And some guy in a head set pacing back and forth in front of all the people waiting for fifteen minutes each. The woman explained that we were waiting because the really bad reactions seem to happen in the first fifteen minutes of getting the shot.

It was a teeny tiny but long needle, and the vaccine was kind of milky white fluid. Apparently it is made with egg whites. They recommend you move your arm around to prevent soreness, which I thought I did well enough but already it’s a killer if I raise my arm up. Owieya!

I hope it doesn’t hurt a lot more tomorrow because I have to do some more mail out stuff at work tomorrow. A cranky left arm wouldn’t be a great idea. Still, not getting the shot at all would really suck.

I have a sneaking suspicion I did have H1N1. I was really sick this summer. And it came back after being gone for a week. And it came back worse than before! I thought I was going to die, I kept coughing so hard I would pee, and I would just lay there coughing and peeing and feeling miserable. Is that H1N1? I don’t know. Whatever it was, there should be a vaccine against it!

My cousin said she couldn’t believe that I got the shot and that it was death! I was a little shocked.

I know there’s a lot of people saying they are not getting the shot. For all kinds of reasons. I know some people can’t for a few reasons, but some people seem to be buying into this anti-science propaganda about the vaccine being used as some form of population control. But if it was going to kill a bunch of people, wouldn’t all these other people who have already gotten it be dying off about now? I know two pregnant ladies who got theirs a long time ago and they’re still kicking around.

Oh well. So far the worst that has happened to me with this shot is this sore freakin’ arm! It feels like I’ve been punched! By a shetland pony! It’s SO out of proportion with the actual pain of the injection.

Still, at least she didn’t draw a bunny on my arm and say “And now we’re going to feed the bunny” and put the needle in it’s mouth. That would really piss me off. If that was the case I would tell everyone to stay away from the immunization clinics! Ha!

Now I just have to dodge the H1N1 bullet for the next two weeks and I will be A OK! No sickness for me!